I decided to install the 32 bit version of Ubuntu Lucid since flash is more stable under 32 bit linux. I also installed:
Added this repository to enabled sound thru HDMI port
I upgraded upgrade alsa packages to 1.0.23 and kernel to 2.6.35-6-generic and the nvidia drivers 256.35, using the following repositories: 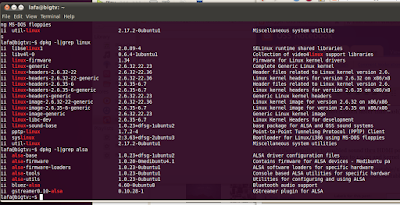 After the kernel, nvidia and alsa update and a reboot, start alsamixer and unmute the S/PDIF devices on the HDA NVidia sound card.

Problems I found:
- Ethernet seems to work but sometimes the Ethernet card driver does not deteced the cable, sometimed a power off cycle to fixes this.
- HDMI sounds does not work with the latest Nvidia drivers from their web site. It requires a new kernel and and the latest alsa drivers to be detected. (See my other post on ubuntu 10.10 where the HDMI sound is working)
- Flash video acceleration does not work as well as in windows, it uses 100% of all CPUs, hulu, boxee, cooliris, youtube for full-screen, you can play it without full screen, but youtube 1080p is slow even for regular size, youtube 720p works.

ForUbuntu 10.10 Maverick Alpha (see my blog post on Ubuntu 10.10 and the Q150)
Windows 7 note:
- Flash acceleration is not enough to run 1080p even on windows 7, but flash seems to use less CPU usage on windows 7 compared to lucid or maverick. Hulu, Boxee, Hulu Desktop, Amazon, Youtube video all have problems on windows, dropping frames and some times affecting sound quality when in fullscreen at 1080p.
- HDMI sound works fine on windows.
- Wireless works out of the box.
- I had to install new drivers for ethernet to work.