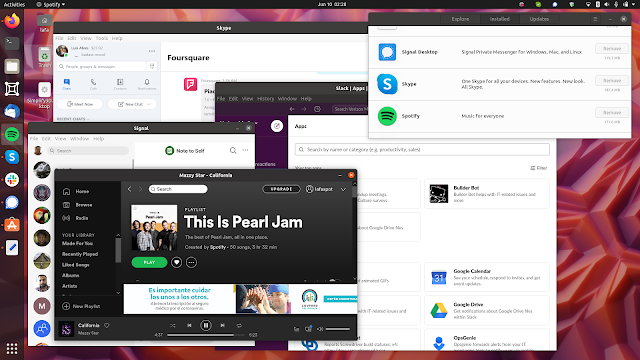 This new version of Ubuntu installs without a glitch in my Yoga 920, I setup this device with dual boot with windows 10, see install ubuntu on yoga 920
On this version of Ubuntu the touch screen works flawless, the screen goes black before it rotates but it works without a glitch. Both my Logitech K810 keyboard, M557 and M720 mice work great with Ubuntu. On the M557 even the mouse windows key works.
Fn+Space - turn on the keyboard light with 2 levels
Track pad, Track pad lock button, Windows Key, Vol Mute/Up/Down , Airplane plane mode, WiFi, Bluetooth, Camera button, Lock Screen, Brightness buttons, PrtSrc, Power button, Camera recording works all works out of the box. 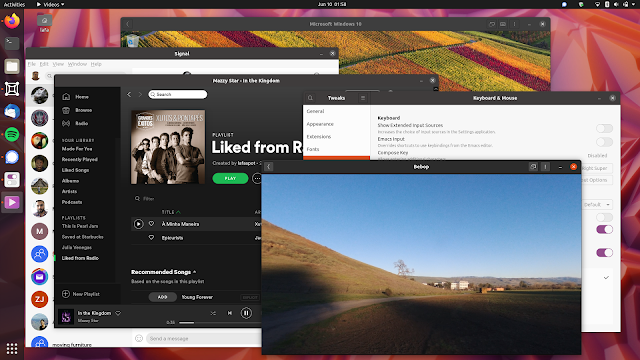 I normally install Slack, Zoom, Skype to allow me to work, these apps are great if you work on a corporate environment and you needed it for your work.
I also normally install Signal, Spotify and Chromium all available on Ubuntu software store app installed by default.
I never took time to setup the finger print scanner on the Yoga 920, but out of the box is not working.
This new version Ubuntu feels really fast on the Yoga 920, notifications improved, Ubuntu now shows apps icons on gnome desktop.

The "Gnome Boxes App" that allows you to run virtual machines in Ubuntu is a lot more user friendly to use in this version, you can create a VM in seconds, it downloads the Operating system for you and boots right into the OS.
For Windows you need a ISO image and some drivers but is also pretty easy too, I have a blog-post describing the process here. 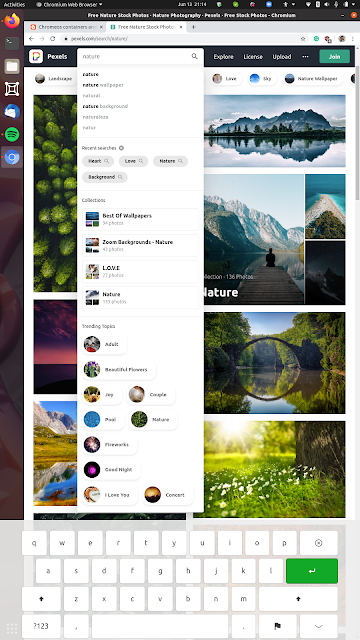 If you have a HIDPI laptop like the Yoga 920 that can do 4k in 14 inches of screen, the new Ubuntu supports  fractional scaling. This allows you to tune the fonts and windows scaling a bit more at the expense of CPU/battery. 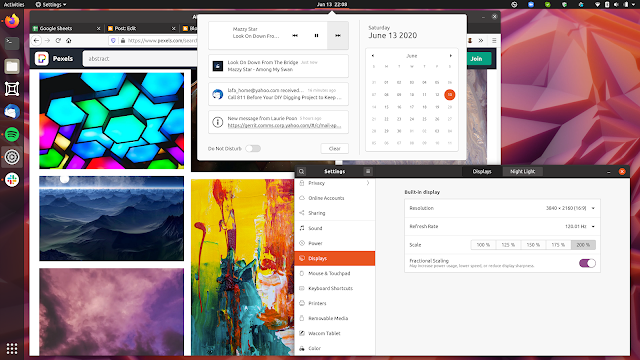 I normally run my Yoga 920 at 1080p which is great for 14 inches screen, to save battery, but some times I change it to 4k, it I'm editing images or watching some videos in 4k, since you get more pixel area for the images.

Things todo after install is finished

Open "Ubuntu Software" App and select the applications you like the best.
Here is a list of Apps that I like to install in my laptop

For codecs needed for Video and Sound Install